Before the NFL players were fast and furious on the field at Super Bowl XLIV in Indianapolis, they revved up their engines during a “The Fast and the Furious” inspired NFLPA Players Party, produced by ZOē Productions, in coordination with AMP Agency out of Boston, MA.

ZOē Productions was tasked with creating a completely unique and out of the ordinary experience for the annual NFLPA Players Party. The NFLPA wanted a haven for past and present players and guests to slip away from the spotlight of the downtown festivities and let off some steam before the big game. 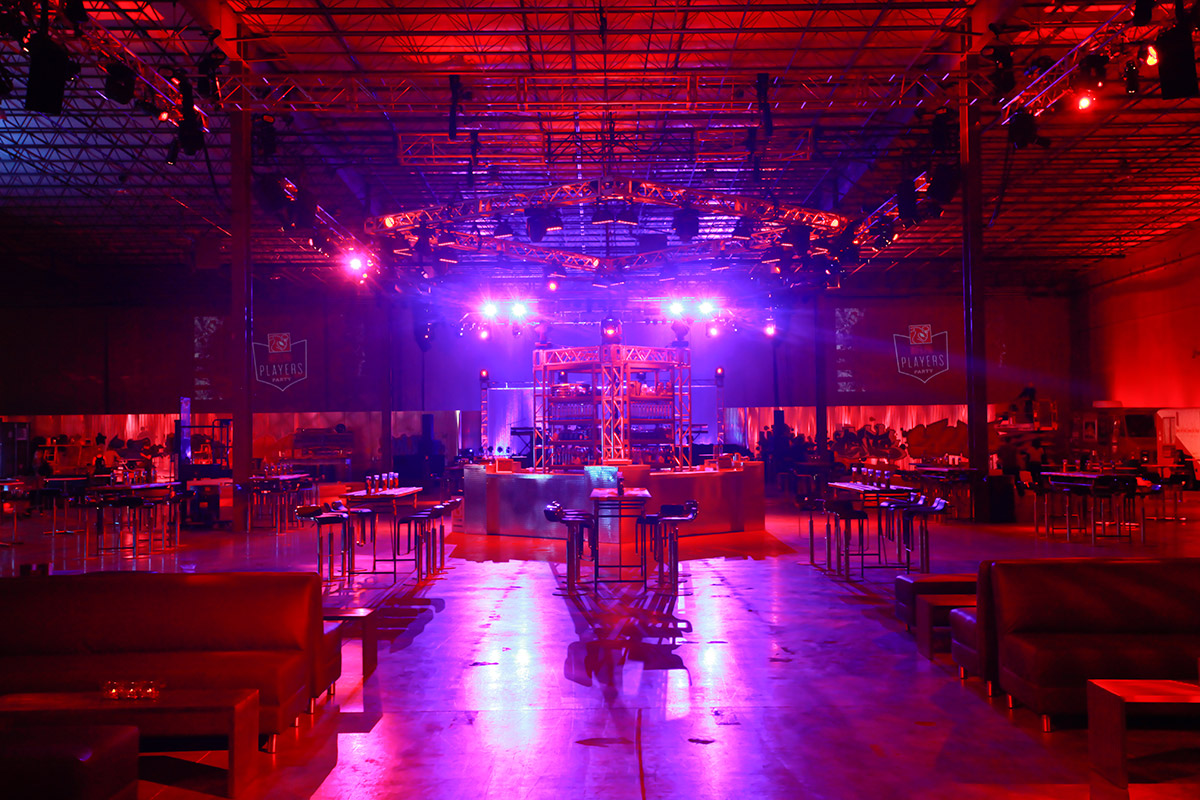 Transform a completely empty shipping and distribution warehouse in Plainfield, Indiana into “The Warehouse,” a VIP event space with a nod to the automotive culture of Indianapolis, matched with an urban, underground “man-cave” vibe.

Since the building had never been used as an event space before, ZOē collaborated with the team at BDA (the evolving branding merchandise company that owned the facility), local fire and police authorities of Plainfield, and even Indiana’s Department of Homeland Security to create an unforgettable night. ZOē brought “The Warehouse” to life, procuring everything from executive restrooms, power, heating, event furnishings, food and beverage, decor, lighting, and full concert-style audio production.

In the hands of ZOē Productions, a previously empty space in the middle of Plainfield, Indiana became an urban oasis for NFL Players to let loose. Starting with a red carpet journey across a step & repeat made from wheat-pasted, graffiti-treated posters… continuing into lounges anchored with cocktail tables made from tires… and finished off with cupcake stations atop authentic drag racing vehicles: every corner and surface was filled with industrial textures and masculine touches.

A previously empty space in the middle of Plainfield, Indiana became an urban oasis for NFL Players to let loose!

Behind the Scenes Gallery

A signature touch of thematic custom décor and furniture designed and created by ZOē. Twenty-Foot shipping containers provided by Pac-Van were stacked to not only create room dividers, but also to create a unique urban backdrop to the entire event. The event space was covered in graffiti artwork created before the event and finished live by local artists known as The Fab Crew. Instead of typical staging, the performance stage featured a 45’ flat bed truck. Candelabras made of industrial galvanized pipe adorned tables. Bars were custom created from oil drums and corrugated metal.